11:45 AM – 2:00 PMMia Freedman is the Co-founder and creative director of the Mamamia Women’s Network (MWN), Australia’s largest digital women’s media company. MWN began as a personal blog in Mia’s lounge room in 2007 and now reaches 4 million women per month with offices in Sydney, Melbourne, Brisbane and New York.

In addition to websites Mamamia and Spring.St, MWN also has the world’s largest women’s podcast network, with eight shows reaching millions of women. Mia is also the author of three books, The New Black, Mama Mia and Mia Culpa and is formerly a magazine editor and newspaper columnist.

Mia was named one of Australia’s 100 Most Influential Women by the Financial Review and is a former chair of the federal government’s Body Image Advisory Board. She remains a passionate campaigner for more diversity in the way the media portrays women.

She has three children, two dogs and runs MWN with her husband who is the CEO.

Mia looks forward to sharing with you the story of her media career, how she balances work and family and what it takes to build a successful business.

‘Mamamia is ‘what women are talking about’ 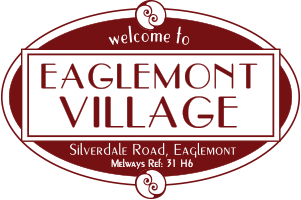